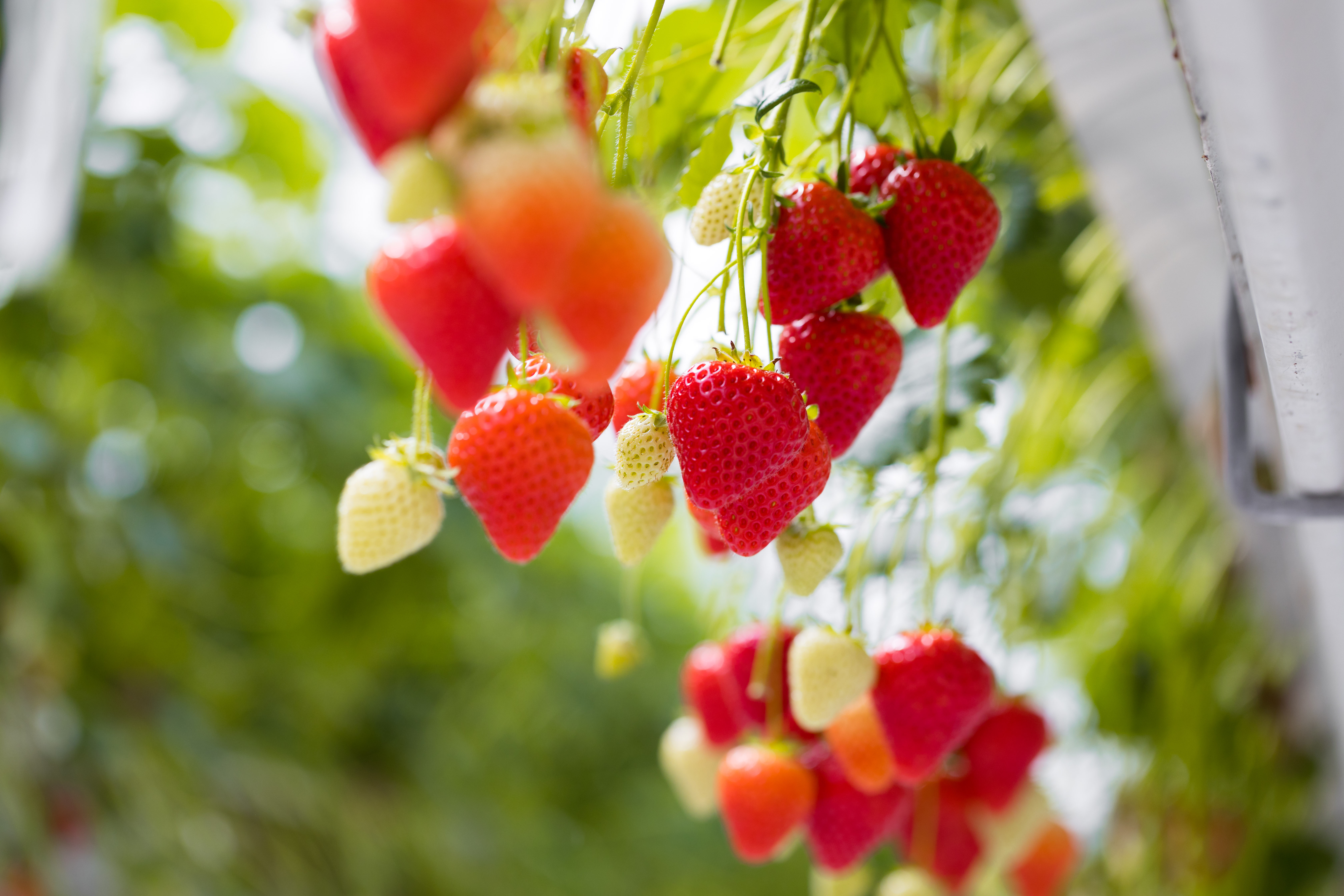 One of the effects of NatuGro is increased absorption of nutrients, including nitrogen. However, plants can also absorb too much of this element and become highly attractive to pests and soil pathogens. Together with NovaCropControl, Koppert is trying to find an optimum balance in strawberry crops: is it possible to achieve the same levels of production and quality with a lower dose of fertilizer?

Californian strawberry growers who use NatuGro have already seen their production levels increase three years in a row. And not just by a small amount, but spectacularly so: by 10% to 15% every year. The main reason for this is a higher rate of flower development. More flowers mean more fruits which translates into higher kilogram yields. However, cultivation conditions on the American West Coast are less optimal than in the Netherlands, for example, and the stimulating effect of NatuGro is therefore automatically greater. As a result, the successful approach used in California is not easy to copy to other countries. In the Netherlands, for example, it has not been possible to achieve a similar increase in production.

Consultants Mark van der Werf (NatuGro) and Guido Roozemond (soft fruits) have some idea of the reason behind this. Van der Werf explains: ‘NatuGro is used to stimulate the absorption of nutrients, including nitrogen. We were already aware of this and there is nothing wrong with it. However, plants will naturally keep on absorbing nitrogen. As a consequence, plants will develop surplus amounts of nitrate when there is an oversupply of nitrogen. It is this nitrate that makes the plant attractive to fungi from the soil and to stinging and sucking pests, such as thrips, spider mites, and aphids.’

A study currently being conducted by Koppert and NovaCropControl is looking into the consequences of lower rates of nitrogen release. The collaboration with NovaCropControl is an obvious choice: the company specializes in plant sap analyses and is one of Koppert’s strategic partners.

What are the limits?

An earlier trial conducted by NovaCropControl on June-bearers had already shown that production levels remained the same with different nitrogen applications. At NovaCropControl’s testing company, several test beds containing everbearers were created at the start of May. Consultant Eric Hegger is overseeing the study on behalf of NovaCropControl: ‘Can we prove that use of NatuGro does indeed cause plants to absorb too much nitrogen? And can we prove that nutrient absorption remains effective and that levels of production and fruit quality remain unchanged with lower fertilization levels, including nitrogen release, and use of NatuGro? And what level of nitrogen makes the plants more attractive to aphids, for example, and what is the precise reason for this? What are the limits and what are the target values? These are the questions to which we want to find answers.’

‘In the end, the key question is how we can further improve the development of resilient cropping with NatuGro,’ Mark van der Werf says. ‘How do we make the plants less attractive to pests and soil-borne fungi, how can we therefore reduce the use of insecticides and fungicides in strawberries, and how can we increase the effect of our beneficials? Another important question is: is it also possible to influence the components and therefore the health value of strawberries in this way?’