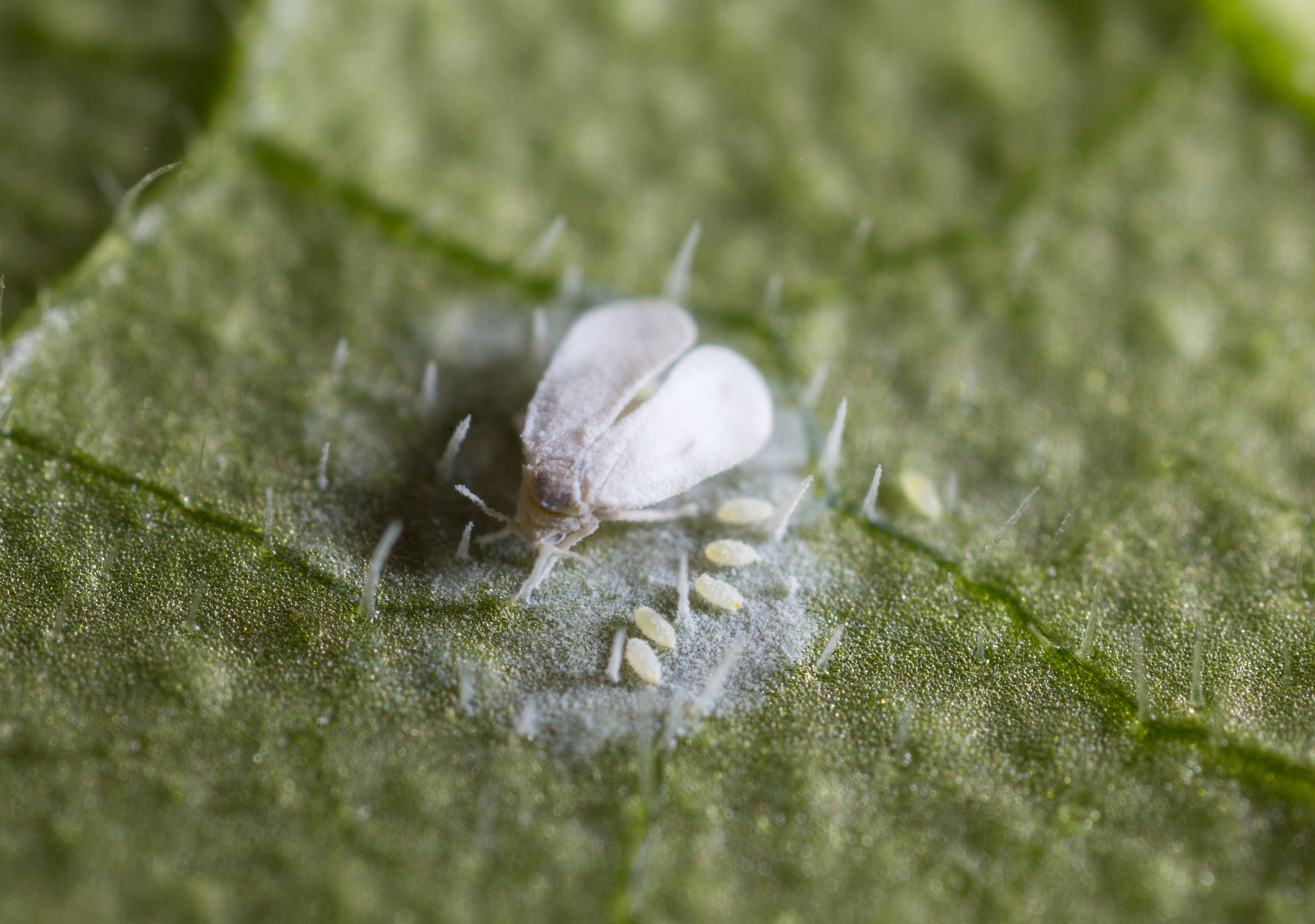 Depending on the species, whitefly feels particularly comfortable in temperatures between 20 and 30°C. Flying adult insects spread the infestation, but attacks from outside the greenhouse are also a threat.

Whitefly has six development stages: the egg stage, four larvae stages (including pupa), and the adult insect. The greenhouse whitefly tends to spread over the plant vertically, considering that the larvae can only move in the first stage. The adult insects prefer to lay their eggs on young leaves well inside the plant, and this is where you tend to find the eggs and young larvae of greenhouse whitefly.

If the population on the infected plant grows too large, the adult insects will fly to another plant in search of somewhere to lay their eggs. There is also a threat of spread due to an attack from outside the greenhouse. In countries like Spain, where polytunnels are still widely used, infestations often just ‘blow’ in. This occurs in countries with high tech greenhouses too, particularly when the windows are open during warmer weather. Another source of contamination is already infested plant material brought in from elsewhere.

Spread over the plant